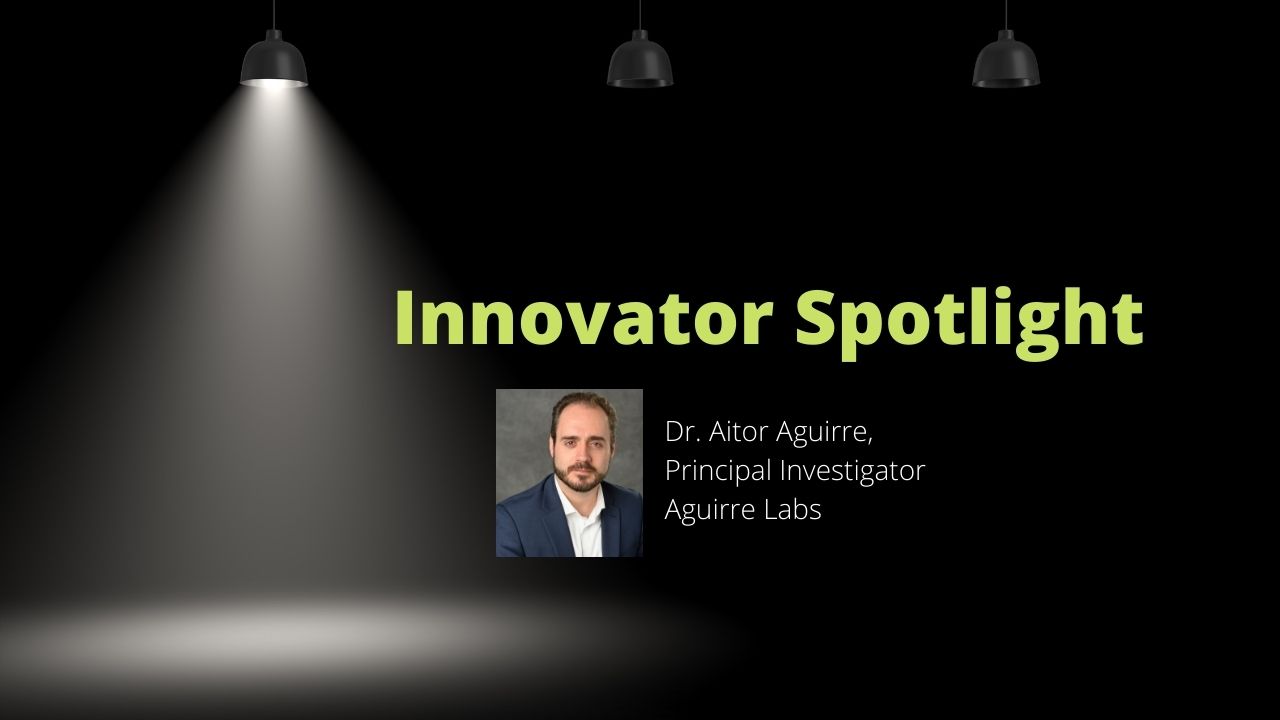 Researchers at Michigan State University (MSU) have grown the first functioning mini human heart model. As discussed in a recently published study, the model includes all the primary heart cell types, as well as functioning chamber structures and vascular tissue. I had the opportunity to have a virtual sit down with Aitor Aguirre, the senior author of the study and assistant professor of biomedical engineering in MSU’s Institute for Quantitative Health Science and Engineering and Principal Investigator of the Aguirre Lab.

Dr. Aguirre has both a M.S. in Biochemistry and Molecular Biology from the University of the Basque Country in Spain and a Ph.D. in Materials Science and Tissue Engineering from the Institute for Bioengineering of Catalonia and the Technical University of Catalonia. Additionally, he worked on genetic mechanisms of cell dedifferentiation, cardiac regeneration, and human development as a postdoc with the Salk Institute. The Aguirre Lab at MSU uses human stem cells to investigate the control pathways in cell reprograming, development, and regeneration. The mini human heart study, “Generation of Heart Organoids Modeling Early Human Cardiac Development Under Defined Conditions” can be found in bioRxiv and was funded by grants from the National Institute of Health and the American Heart Association.

Aguirre has been thinking about human-centered technology and heart organoids since his postdoc in 2011. When he established the Aguirre lab, using stem cells with a focus on cardiac systems, his first endeavor was to create  heart organoids.  These organoids or mini hearts are created by bioengineering adult stem cells from a patient into functional mini heart within a few weeks by kick-starting “embryonic-like heart development in a dish.” The heart organoids are currently being used to study adult cardiac disorders,  toxicity, cancer development, and pharmacological research and development. However, Aguirre is currently refining the organoids to better model disorders like heart disease, the leading cause of death in the United States.

Aguirre is also using the heart models to study congenital heart defects. He noted that congenital heart defects affect about 1% of newborn population, while diseases such as diabetes during pregnancy can increase the risk of a congenital defects to 12%. Using the organoids presents the ability to more accurately learn about these defects and the risks in ways that cannot be learned from animal models, due to intractable interspecies difference in cardiac morphology, biochemistry, and function.

Stem cell models are scientific game changers because they have the ability to divide and produce new cells and change into other specialized types of cells that make up the body, as well as can be used to grow specific tissue types or organs. According to Aguirre “almost everything we know about [cardiac] systems come from mice, but we know that mice do things differently during development and that they do not really model humans.” Previously, there has been ethical concerns about working with stem cells, but the concerns do not really exist anymore due to consenting adult stem cell donors. Aguirre stated “working on animals is becoming less relevant now that we have access to human systems” and now we have the tools to work on human systems without the ethical concerns that existed before.

Using human models allows for lines of investigation that would be not be possible with animal models.  An example provided by Aguirre is typically by the time a doctor is able to diagnose someone with heart disease, the patient has already had the disease for years, but in vitro modeling can show the early stages of disease progression in humans in ways animal models cannot, and therefore can help us to prevent or treat the disease from the start.

Human-based alternatives to animal models are being developed worldwide, due to the increasing need for more relevant biological systems.  Aguirre hopes that these systems (such as organoids) will be implemented in pharmaceutical testing in place of animals, which would greatly improve drug development success rates. Currently there is more than 90% failure rate in drug development in large part because animal tests do not accurately predict safety and efficacy in humans. Additionally, Aguirre hopes to collaborate with other researchers at MSU so that they may make use of his human models rather than continue with animal models.

Moving forward Aguirre hopes that these systems will be implemented to a great extent and that testing and research will be much more human-centered rather than animal model focused. He believes that the advantages offered by technology like organoids over animals is large and thinks that there should be more grants and incentives offered to researchers and pharmaceutical companies to help human-centered models become the norm. Aguirre plans to continue to refine his models to be as sophisticated as possible by creating active circulation around his heart organoids and trying to model a cardiopulmonary system.